Contact lenses are great, but let’s face it—dailies are expensive. As a user myself, I’m  particularly excited about the arrival of several new direct to consumer (D2C) companies offering more affordable lenses. Although there’s nothing wrong with household brands like Acuvue and Biofinity, they do generally come with higher price tags.

My own quest to save led me to start comparing D2C contact brands Hubble, Scout by Warby Parker, and Waldo. In this article, I’ll surface my findings on these three alternatives to help you decide which one(s) are worth trying.

What are D2C contacts?

Unlike traditional contact brands, Hubble, Scout and Waldo make it simple to get corrective lenses delivered right to your door without visiting an optometrist or eyeglass store. They sell their own proprietary contacts directly to consumers via the internet, rather than through a doctor or pharmacy.

On top of greater convenience, D2C contact companies often bring substantial cost savings by cutting out the middleman. The only catch? You’ll need to have your prescription handy. If you don’t, first visit an eye doctor for a standard eye exam. Equipped with a prescription, you can then order lenses and refills  online from D2C players like Hubble, Waldo, and Scout without any subsequent exams, co-pays, or waiting rooms.

To be fair, these new companies are not the first to sell contacts online. Marketplaces like 1 800-CONTACTS have been selling a variety of brand name lenses from major manufacturers for some time.

Hubble, Scout, and Waldo are different in that they sell their own proprietary brands, while popular online marketplaces don’t manufacture lenses at all, but merely sell other company’s brands. (Update: Warby Parker now sells other brands in addition to its own, and Hubble has launched ContactsCart, a third-party marketplace not dissimilar to 1 800-CONTACTS with options other than Hubble’s own).

One final benefit of D2C lenses beyond lower cost and greater convenience? Flexibility. Most contact wearers today order a year’s supply, locking themselves into the same brand and correction for a longer period than necessary. If your needs change over that time — mine vision and contact-wearing habits sure have over the last 12 months! — you’re bound to continue wearing those same lenses just because you already bought them, regardless if they are still the best option for you.

Subscribing month-to-month through a D2C brand like Hubble, Scout, and Waldo affords savings as if you were buying in bulk with the flexibility to change or update your preferences on the fly. Best of both worlds, really.

How do you order lenses from Hubble, Scout by Warby Parker, or Waldo?

Ordering from Hubble, Scout, and Waldo is breeze. It’s definitely something that all three have optimized for. Let’s break down the process for each brand.

Go to the Hubble website and start with a free trial (30 contacts for just $1) by entering your prescription. They also ask you to enter the name of your eye doctor to verify your prescription. After that, assuming the contacts work well and fit comfortably in your eye, you can subscribe for regularly scheduled deliveries. That’s really all there is to it! See the easy 3-step process below:

Warby Parker also makes it really easy to try contacts their proprietary brand, Scout. Just head to the Warby Parker website and enter your prescription to get the initial $5 trial. After that, again assuming you like their lenses, choose either a 3-month, 6-month or 1-year plans.

Similarly on the Waldo website, click “get started” and enter your prescription info to qualify for their trial offer  — $2.95 for 10 pairs. After that, you’ll choose a delivery cadence of monthly, quarterly, or biannually.

As we mentioned before, all three companies allow you to easily update or cancel your subscription at any point, so you’re never locked in. That in an of itself is a huge advantage over traditional contact lenses offerings.

Hubble vs Scout by Warby Parker vs Waldo: Which D2C lenses are best?

The customer experience is equally great from each of these brands as they all ship quality contact lenses directly to you. Nonetheless, check out the chart below to  understand a few minor nuances that may prove important as you’re trying to decide which brand will work best for you. Here’s the side-by-side comparison:

As you can see, these companies are comparable in many ways, including accepting payment from flexible spending accounts (FSAs) and not offering specialty contacts. From that perspective, it’s worth calling out that Hubble, Waldo, and Scout may not be the best if you need really complicated vision correction needs.

For those needing toric or bifocal lenses, you’re better served buying from a third-party site like 1800contacts.com or contactscart.com. But if you’re looking for regular contact lenses for relatively mild correction, you’ll find high-quality lenses with any of these companies — more on lens specs below!

The main difference comes down to their free trials and return policies. As for differences in lens quality, let’s take a closer look.

Since these three direct-to-consumer companies sell their own proprietary contact lenses, I’m sure you’re wondering about their quality. After all, they’re not the same well-known name brands that have been recommended by eye doctors for decades.

That said, just because these brands are new doesn’t mean you should jump to the conclusion that they’re inferior. These D2C companies have invested a ton of time (2+ years each) into developing proprietary offerings that meet FDA approval. So let’s compare the lens quality of Hubble vs Scout by Warby Parker vs Waldo to see how they stack up:

Without getting too deep into the weeds of material science, know that Hubble, Waldo, and Scout offer quality lenses that are comparable to more established brands like Acuvue, bausch + Lomb, Biofinity, etc. All three won the FDA’s stamp of approval, and while Scout is the latest player to enter the scene, it’s also the most well-funded, with the full backing of behemoth Warby Parker. Overall, these D2C daily contact alternatives, although only a few years old, demonstrate the right specs and have been battle-tested enough to be trusted.

Unfortunately, Scout’s website doesn’t mention UV protection.  When I contacted customer support, a rep said the lenses offer none. If you work outside or have a  real need for sun protection, this may be a deal breaker. But if your exposure is limited, or you are constantly wearing sunglasses anyway, this may not be such a big deal.

The Verdict: Hubble vs Scout by Warby Parker vs Waldo

While I hope the benefits of D2C lenses over traditional brands are clear, I hesitate to say which will work best for you. After all, contact lenses are extremely personal, and this is a case of finding the best fit for your specific eye care needs and habits. The film that I prefer to put into my eyes each morning will almost certainly differ from yours because of small nuances that just come down to feel. Put differently, price and subscription flexibility hardly matter if your lenses are uncomfortable —  so it’s worth trying them on before you get carried away in further details.

Online reviews show a broad range of opinions out there, which make them really hard to trust. Given that each of these companies offers a very generous trial for $5 or less, I recommend you give each one a try and compare them for yourself. You can always cancel if you’re not satisfied, and that way you’ll be able to make the most informed decision.

One key differentiator: Scout, Hubble, and Waldo each use a different material for their contact lenses. If you have allergies or know you prefer one material over the other from past experience, you might want to choose your dailies based on that nuance alone. Otherwise, this may not matter all all, since all three materials are safe and effective over the long run.

In the end, all three companies make getting contacts easier and can help you save money compared to regular brands or going to the eye doctor. But if you’re still torn, I’ll leave you with a few final thoughts on what I like best (and least) about each so you can make up your mind between Hubble, Scout, and Waldo lenses.

I like that Hubble lenses have the best UV protection, and I love that their free trial is the most generous ($1 for 30 lenses? Sign me up). They have also been manufacturing their own brand of contact lenses for the most amount of  time, which hopefully translates into higher quality and lower pricing.

The main downside I can see is that Hubble doesn’t offer returns, while the others do. Also, it charges a shipping fee ($3) each month, while the other brands assume that cost. Overall it’s a fantastic option that I myself use to this  day! Click below to take advantage of their “free” trial:

If you want a deeper dive on Warby Parker’s daily contact lens offering, read our full review of Scout, which just launched November 2019. By far the newest kid on the block, Scout by Warby Parker is most differentiated by its innovative, flat packaging that not only uses less material, but also improves hygiene by ensuring lenses appear right side up every time.

This may sound like a #smallwin, but for daily contact users, limiting your eye’s exposure to outside bacteria (as well as eliminating unnecessary waste!) definitely adds up over the months. The brand’s free shipping  and generous return policy are also much appreciated.

The only thing I don’t like is that I wasn’t able to find as much information about Scout lenses online — perhaps because they just launched and are brand new? I couldn’t find if the lenses have UV protection, for instance, and had to verify with someone internally that they’ve received FDA approval.

That said, Warby Parker is a reputable brand, so if you’re skeptical of unproven startup offerings in general, Scout might be the best way to dip your toe into D2C lenses without feeling reckless. Click below to get started with their $5 trial today:

I like that Waldo offers the flexibility of a few different packages and, like the others, can help you save big. It has a solid return policy, strong UV protection, and hands-down the best water content, in case your eyes get particularly dry and you’re looking for a moister alternative.

Click above to try their trial for $2.95, and check out this unboxing video we published previously when comparing Waldo vs Hubble head to head:

If you have any feedback on your own experience wearing three leading D2C contact lenses  — Hubble, Scout, or Waldo — we’d love to hear from you! Comment below or shoot us an email.

Extra Credit: there’s one final D2C dental care brand offering daily lenses that we didn’t mention in this article, but you may want to look into. It’s called Aveo, and we’ve written about their contacts previously. Read our comparison of Aveo vs Hubble vs Acuvue if you’re curious how it stacks up. We’ve also compared Hubble and Waldo to Sightbox. 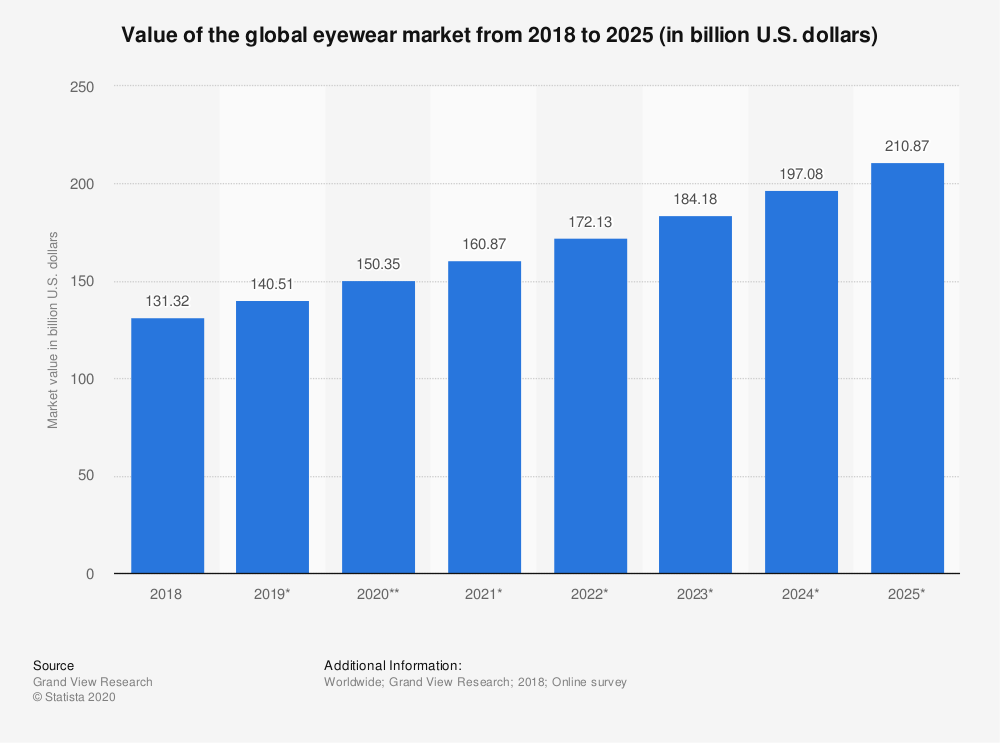 Felix Gray vs Warby Parker vs Blokz by Zenni: Which Blue Light Glasses Are Legit?

ContactsCart vs 1-800 Contacts: What’s the Best Site for Contacts?