Hum vs Flo vs Bonafide: What’s the Best PMS Vitamin?

Too many women suffer from PMS (premenstrual syndrome) and its combination of physical and emotional symptoms occurring before the start of one’s period. You likely know the symptoms well — bloating, fatigue, mood swings, and headaches — often debilitating enough to cause many women to miss work or school. If you have crippling cramps too, there are a few really effective period pain relief devices we’ve reviewed and highly recommend you check out. But many women would prefer to relieve monthly menstrual discomfort with oral supplements instead. Luckily companies like Hum, FLO, and Bonafide offer unique formulations for PMS symptom relief.

In this article, we’ll review these three different supplement brands for PMS — Hum vs FLO vs Bonafide — to see which works best for women combating the unfortunate side effects of menstruation.

Comparing the top PMS vitamins from Hum, FLO, and Bonafide

With each company offering similar, but ultimately uniquely formulated supplements, it can be tricky to compare Hum to FLO to Bonafide. To identify the best one for your physical needs AND emotional swings, there are a number of factors you’ll want to consider. Obviously pricing is important, so let’s start there with a quick head to head comparison.

What active ingredients are in PMS vitamins? (and what’s the science behind them?) 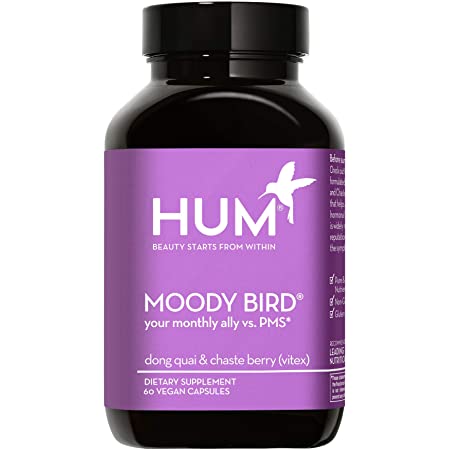 Hum’s supplements for PMS have a cute name (Moody Bird™) and include two ingredients to fight against PMS symptoms: chaste berry and dong quai. Chaste berry has been shown in clinical trials to support women’s psychological and physical health during their menstrual cycles, and is used to alleviate hormonal acne, mood swings and breast pain. Dong quai had been used in traditional medicine for centuries to restore female hormonal levels, and is commonly used to alleviate cramps and bloating. 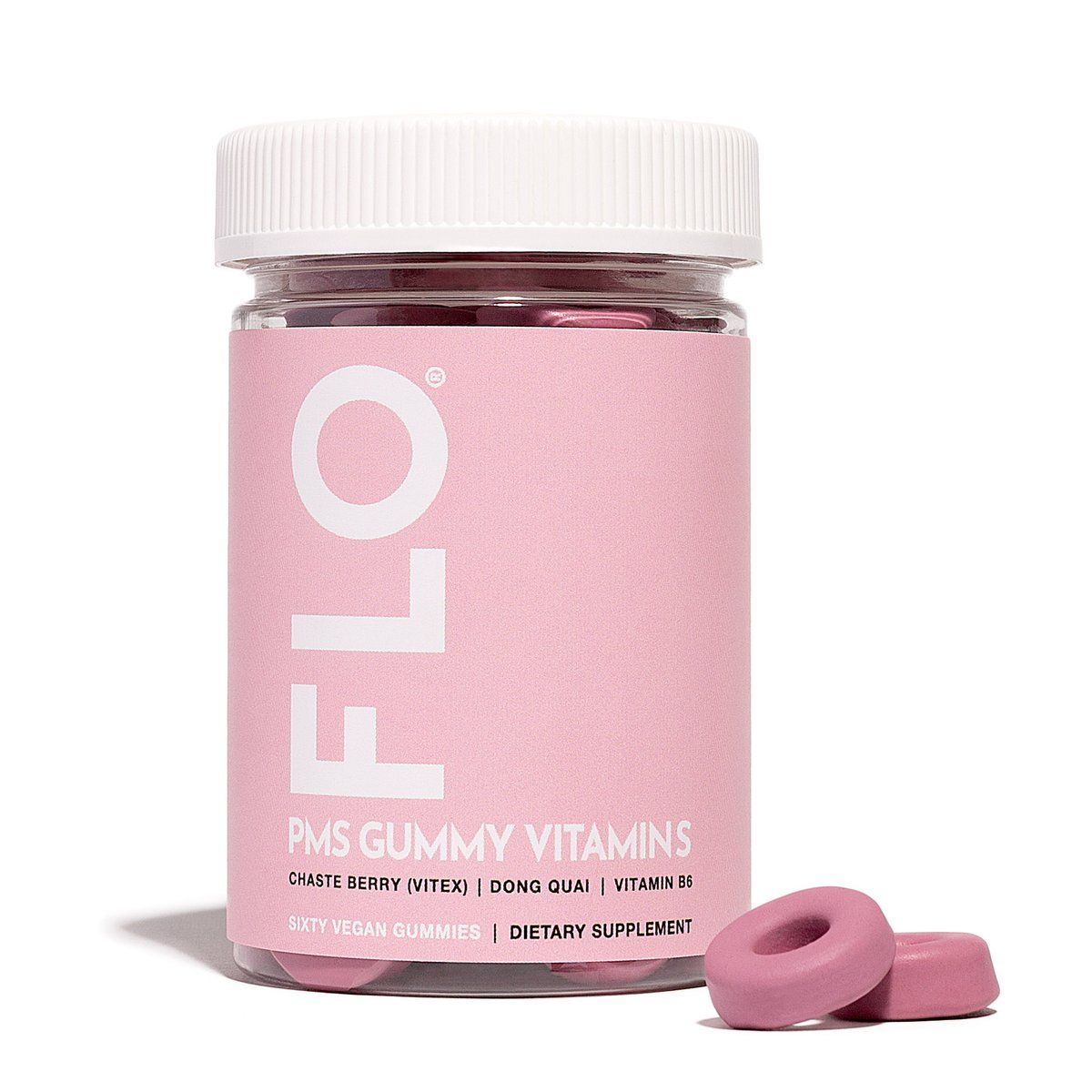 FLO also uses chaste berry and dong quai, along with two other ingredients: vitamin B6 and lemon balm. Vitamin B6 has been shown to reduce a wide range of PMS symptoms, mostly notably premenstrual depression. In a 2015 study, lemon balm was found to be effective at reducing PMS cramps among 100 participants. A separate study in 2014 researched the anti-stress effects of lemon balm, and participants reported improvements in both mood and cognitive performance. Given that PMS causes very real symptoms that are both physical and mental, we support the inclusion of these additional evidence-backed ingredients. 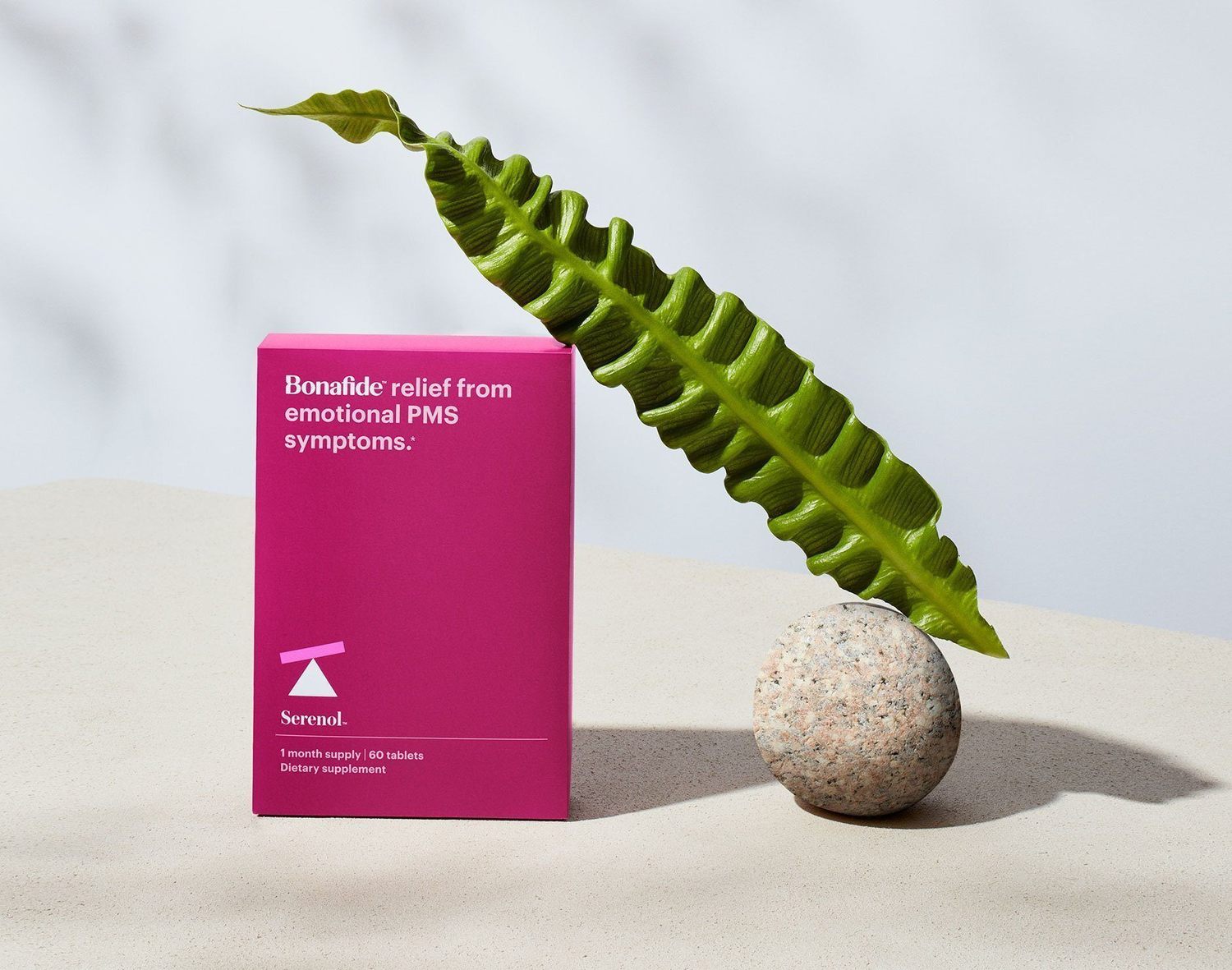 Source: Bonafide — get 20% off with code FINVSFIN20 at checkout

Bonafide uses what they call their “Exclusive Bonafide Pollen”, i.e pollen extracted from four plants grown in Sweden, the healing benefits of which are unlocked through their proprietary purification process. This pollen is intended to reduce emotional PMS symptoms such as irritability and mood swings, although the mechanism is a bit of a black box. We don’t know a ton about the science behind this claim, but do know that Bonafide has thousands of happy customers who claim it works for them, so we won’t bash it just yet.

Bonafide Supplement’s second active ingredient is Royal Jelly, which is a substance naturally made by honeybees. It’s been shown (along with flower pollen) to reduce emotional PMS symptoms.

The third and final ingredient in Bonafide’s vitamins is Chromium Picolinate, an essential mineral for healthy metabolism that works to reduce calorie intake and fight against food cravings that cause so many women to gain weight before their period. Chromium is an insulin cofactor that assists with the metabolism of glucose and fats by positively affecting insulin sensitivity. It’s important for women who struggle to resist intense cravings to  prevent premenstrual weight gain.

Reviews: what are customers saying about Hum, FLO, and Bonafide?

Customers of FLO also claim results within a few months of diligent use.

The verdict: which pms vitamin is better — Hum, FLO, or Bonafide?

While Hum, FLO, and Bonafide all have similar offerings, there are a couple noteworthy nuances to consider.

Hum and FLO have similar active ingredients (chaste berry and dong quai), but FLO’s formula contains Vitamin B6 and lemon balm as a bonus, both of which work to further relieve PMS symptoms, physical and mental. Additionally, I appreciate FLO’s supplements in chewable gummy form, rather than as a swallowable pill or capsule — but that’s just a personal preference.

For those who like automatic recurring delivery, both FLO and Bonafide offer convenient subscription services that put delivery on auto-pilot so you don’t have to remember to re-purchase. That said, Bonafide’s monthly subscription costs $40, which is significantly more expensive than FLO’s $25.

If you’re looking for a vitamin for PMS that has only proven ingredients and thousands of happy customers, all at an affordable price: FLO is our top choice. Hum is a great option too with similar active ingredients, but we think FLO inches ever so slightly above. If you’ve tired Hum or FLO and are interested in seeing how Swedish flower pollen affects your symptoms, give Bonafide a shot instead.

What’s your favorite PMS vitamin brand? Let us know in the comments below.

Hers vs Vegamour vs Nutrafol: What’s The Best Hair Loss Treatment For Women?

Rogaine vs Viviscal: Which Over The Counter Hair Loss Treatment Is Best?

Last updated on October 14th, 2021 at 01:27 am Home › Hair Loss › Rogaine vs Viviscal Medically Reviewed by Dr. Steve Kim, MD When you start to notice your…

Review: Modern Fertility Prenatal Vitamins — Are They Worth The Hype?

Hum vs Flo vs Bonafide: What’s the Best PMS Vitamin?

Last updated on October 14th, 2021 at 01:24 am Home › Wellness › Hum vs Flo vs Bonafide Medically Reviewed by Dr. Steve Kim, MD Too many women suffer from…

Best Intimacy App for Better Sex: Lover vs Coral vs Dipsea vs Ferly

Last updated on May 20th, 2021 at 05:41 am Home › Wellness Reviews › Lover vs Coral vs Dipsea vs Ferly Relationships require work, and intimacy is a critical part… 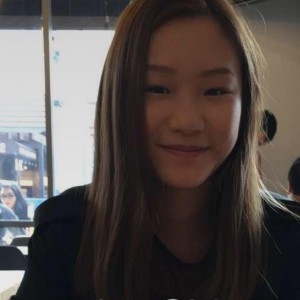