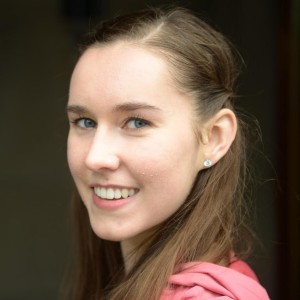 We all know how important a radiant smile can be for self-confidence, but that doesn’t mean we’re willing to work hard or suffer to attain it. 😁 We want glowingly white teeth despite drinking two cups of coffee every morning and never seeing the dentist for annual checkups. So what’s the secret to keeping your chompers from yellowing without breaking the bank (or making major lifestyle changes)?

At-home whitening products like toothpaste, strips, and trays work decently for most and are widely available at grocery stores and pharmacies. In recent years, LED teeth whitening kits — sold online, directly to consumers, but not at brick and mortar retailers —  have become popular as well. Although D2C startups like SmileDirectClub and glowup. initially made these devices popular, Colgate just launched its own LED whitening device for in-home use and has officially started selling directly to consumers for the first time ever.

Intrigued by Colgate’s new direct-to-consumer product line — officially called ShopSmiles by Colgate — we decided to review it for ourselves and see how it compares to other DIY dental offerings. Colgate’s Optic White Advanced LED Whitening device is making the biggest waves as a convenient in-home dental whitening treatment — but does it work as well as Smile Direct Club’s and glowup.’s? How about compared to other DIY treatments like Crest Whitestrips? Let us investigate.

How does LED teeth whitening work?

Let’s first demystify the science behind how LED technology is applied for teeth whitening.

How to use Colgate’s LED teeth whitening device

Simple, right? And painless. Colgate’s LED device comes with a sleek charging case, plug, and cord to recharge the battery between uses.

Does at-home whitening work as well as professional treatments?

Professional whitening treatments from a dentist are appealing. After all, wouldn’t you expect anything performed by professionals to be more effective than doing-it-yourself?

In truth, many professional whitening treatments use ingredients that are identical to those of at-home treatments, and the results are often indistinguishable. The most common treatment you’ll get from your dentist is a whitening tray, which is almost identical to the Colgate Teeth Whitening kit. Your dentist applies a whitening gel to a tray, places the tray on your teeth, and waits for the gel to work its magic before rinsing. Blue light or UV light is also often incorporated into these in-office treatments to strengthen their effect.

Ultimately the teeth whitening gels offered by dentists typically use hydrogen peroxide as the active ingredient. This means that in-office and at-home teeth whitening treatments work in exactly the same way. To be quite honest, the only thing that distinguishes professional whitening vs at-home tray treatments is hand-holding, and of course the price tag.

Side note: several clear teeth aligner companies include free whitening gel with their aligners. You can read our review of Byte aligners to see how they stack up vs the competition. We also have a review of Candid and Smile Direct Club, both of which come with whitening options.

What are the key benefits of whitening your teeth at home?

Before you deplete your life savings at the dentist, consider these key benefits of DIY whitening  at home:

In-office whitening treatments from your dentist can cost you as much as $600 or more. Spending hundreds of dollars on a one-time cosmetic treatment is (at best) a tough pill to swallow. At-home whitening treatments, on the other hand, can range in price from $40 (i.e.  crest whitening strips) to $200 (advanced tray systems). With more affordable whitening treatments, you don’t have to be rich or a celebrity — or give up your daily caffeine habit! — to maintain pearly white molars.

Going to your dentist’s office can take an hour or two out of your day. Especially if you have a nine-to-five, it can be tricky to schedule appointments within your dentist’s hours.

Contrastingly, you can use at-home whitening treatments whenever it suits you, right from the comfort of your own home. No more rushing to the dentist on your lunch break, only to wait idly in a monotonous waiting room. 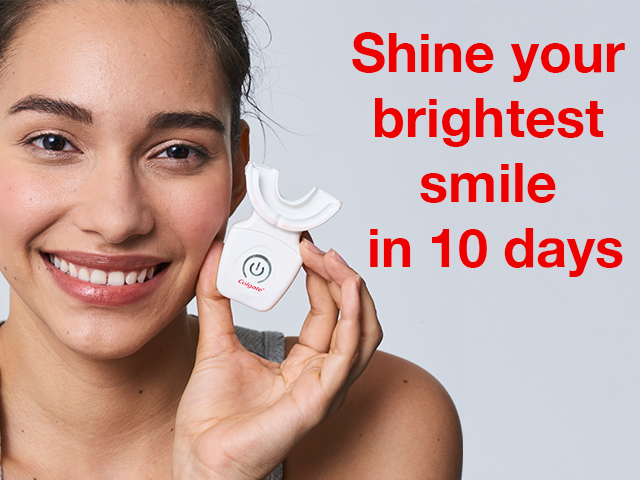 Crest Whitestrips are one of the most affordable and easily accessible at-home whitening treatments on the market. They’ve been popular for nearly two decades (since 2001) and although most users report solid results, many also complain about pain due to increased tooth sensitivity.

So, how does Colgate’s new Optic Advanced LED Whitening device compare? Both Crest Strips and Colgate’s LED use hydrogen peroxide as the active ingredient, but the two deliver and activate that peroxide very differently. They also offer slightly different user experiences: clear plastic strips vs an LED  tray.

With Colgate’s LED Whitening device, the whitening serum is applied to a reusable tray that fits over the teeth. This tray is made from a sturdy plastic material that you’ll simply wash between uses. Crest Whitestrips, on the other hand, are disposable. You’ll apply the serum to the backing of each strip, then stretch the strip over the teeth that you want to whiten. Positioning the strip exactly where you want it can be tricky, and the thin strip material can slip off during treatment.

Another main difference between Colgate’s LED device and Crest Whitestrips is the amount of time required for each treatment session. Colgate’s LED device is used for just ten minutes at a time, while Crest Whitestrips need to be left on for 30 minutes. This is a significant time difference and, in our opinion, the less you need to spend on a whitening treatment, the better. With the Colgate’s whitening device, you can spend those 20 minutes knocking off other items on your to-do list. Plus, with the Colgate’s system built-in timer, you don’t need to worry about leaving the whitening serum on for too long.

As we already noted, Crest Whitestrips are disposable, so you’ll need to buy a fresh box each time you run out (one box contains 14 treatments). With Colgate’s LED system, you’ll need to purchase refills of the whitening serum every few months (a 10-day refill costs around $45). The cost of a Colgate whitening serum refill and a box of Crest Whitestrips is just about the same.

Pricing: How much does Colgate’s LED whitening device cost?

The ShopSmiles by Colgate full whitening kit, which includes one LED teeth whitening device, a charging case, a charging plug and cord, and a 10-day supply of whitening serum treatment, costs $145 as a one-time purchase.

If you opt to subscribe (i.e. get refills shipped to your door every three, four, or six months), you’ll get the discounted rate of $129. Refills of the whitening serum cost $45 a pop and last for three months.

With this whitening system, you’ll get free shipping and returns, a 30-day money-back guarantee, and a 2-year warranty on the device. This warranty shows that the LED device is built for long-term use; its initial cost price may seem steep, but you won’t have to purchase refills nearly as frequently as  you would Crest WhiteStrips.

In fact, we modeled out the costs to see when Colgate’s Optic Advanced LED whitener becomes less expensive than continuously using strips, and the break even point is right at the year mark:

While the LED device itself is definitely pricier than your average tube of whitening toothpaste or box of whitening strip, remember it’s a one-time upfront investment that can actually be cheaper over the long run for users who whiten continuously for over a year.

FYI, Crest now also offers a blue light (not quite LED) device for $75 that’s meant to be paired with (and boost the effectiveness of) their Whitestrips. Although this device is cheaper than Colgate’s Optic Advanced and doesn’t use any potentially messy gels, Crest’s blue light device tends to be less powerful / effective.

When it comes to at-home LED teeth whitening treatments, Colgate ironically finds itself as a newcomer trying to catch up to more established startups. Here’s a breakdown of how Colgate’s Optic Advanced stacks up vs glowup. and Smile Direct Club.

What are customers saying about Colgate’s LED whitener?

If you’re looking for a safe, effective teeth whitening system that doesn’t require a trip to the dentist, Colgate’s LED Whitening system checks all the boxes. By including LED technology in this at-home whitening treatment, Colgate has created an accessible alternative to in-office teeth whitening procedures. Plus, the mid-range price of this system is reasonable enough that many consumers will find it within reach.

In the scurry to offer the best at-home teeth whitening solution, Colgate brings a longstanding reputation for high-quality products. You can’t deny that Colgate is one of the most-recognized brands in the world of dental products, and that says a lot about their commitment to customer satisfaction.

While their LED teeth whitening system may not be the first to market, nor the least expensive option available online, most users find that it delivers the results they’ve come to expect.

If you’ve tried Colgate’s new direct-to-consumer teeth whitening kit — or any LED teeth whitener for that matter —  we’d love to hear about your experience in the comments below.

Custom Night Guard Reviews: Cheeky vs ClearClub vs Remi — Which is Best?

Byte vs AlignerCo: Which Low-Cost Aligners Are Best?

Home › Wellness Reviews › AlignerCo vs Byte If your smile isn’t perfectly straight, you’re not alone. Most of us…

Candid vs Byte vs Invisalign: The Best Teeth Aligner Kit for Your Budget

Cheapest Teeth Aligners: What Are The Most Affordable Aligner Brands?

Megan is originally from Castle Pines, Colorado. In addition to her work as a writer, Megan is a professional ballet dancer. She’s especially passionate about relating her lifestyle as a dancer to health and wellness topics.