If you’re a woman, you’ve likely either had a pregnancy scare yourself or helped a close friend in crisis. If not, you’ve definitely seen the drama play out in a TV show or movie, and it probably went something like this: 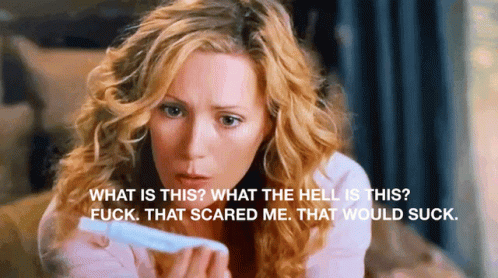 Even before it all begins, there’s the awkward trip to the store, typically involving palpable judgement (perceived or real, doesn’t actually matter) from the check out clerk. Once safely in the privacy of your own bathroom, the nervous fumbling with packaging and instructions. The rollercoaster of anticipation as you attempt to angle your pee stream onto the plastic stick. The 30 seconds or so that feel like hours staring down at said plastic stick, waiting for fate to deal its blow. Followed by the realization and rapid internalizing of the stated result, and an immediate questioning of legitimacy.

Depending on whether you’re hoping for a baby or relieved to avoid one, testing yourself for pregnancy may or may not be as traumatic as we described. But it’s an experience that few women ever forget, and one that hasn’t improved much since the first at-home tests were brought to market in 1976.

Luckily a new D2C women’s health startup is on a mission to change the status quo. After sampling hundreds of pregnancy tests, the founders of Stix set out to make the process of buying pregnancy tests easier for all women, trans, and non-binary people.

In this article, we’ll review Stix’ pregnancy and ovulation tests, which use FDA-approved technology and are delivered discreetly to your door, so that literally no one else but you has to know. Let’s find out how Stix compares to traditional pregnancy tests in terms of accuracy, price, overall experience, and more!

But first, science: How do at-home pregnancy tests work?

Modern pregnancy tests detect a hormone called hCG (human Chorionic Gonadotropin), which is produced by the placenta starting when the embryo attaches to the uterus. hCG is essential for the function of the corpus luteum, a temporary structure in the ovaries that produces hormones estrogen and progesterone. It’s expelled from a woman’s body through urine, and can be detected in pregnancy tests starting 9 or 10 days after fertilization. Levels of hCG increase over time, which is why pregnancy tests tend to be more accurate the longer you wait after sex.

And how accurate are at-home pregnancy tests in general?

Like antibacterial sanitizers that promise to kill 99.9% of germs, at-home pregnancy tests always present a chance of false positive or negative, but only very rarely. Modern pregnancy tests approved by the FDA are exceedingly accurate. Planned Parenthood says that  99 out of 100  results are accurate when tests are used correctly, and are most accurate when used after missing your period. If your cycles are irregular, it goes on to say, “your best bet for accurate results is to take a pregnancy test 3 weeks after sex.”

Overall, women should feel very confident in the results of a pregnancy test, assuming they’ve allowed enough time to pass (at least 9 days) since fertilization. If you’ve waited that long and taken more than one test with the same result, it’s not rational to question the results at all.

How are Stix pregnancy tests different from traditional store-bought ones?

Truthfully they’re not all that different. Stix’ tests use the same hCG-detection mechanism that’s proven accurate for millions of women over the last 50 years. A test from Stix can detect hCG as low as 20mIU/hCG, or about 7 to 10 days after ovulation. That’s strong, even among industry incumbents. For context, one study found that the most sensitive pregnancy tests could detect hCG as low as 7mlU/hCG, while most hovered around 100mlU/hCG.

So what sets Stix apart?

Stix is an innovative brand that understands that at least half of the women buying pregnancy tests aren’t trying to get pregnant. Recognizing the negative stigma (i.e. tacit slut shaming), the founders experienced first hand how painful it can be to buy pregnancy-related items in public. Especially in tight-knit communities, the fear of being seen at the store, or just being judged in general, is often paralyzing during a moment when you need to act quickly. And for women with irregular periods who use tests more regularly, buying a pregnancy test at the grocery store is too often more than just a minor inconvenience.

Stix’ pregnancy tests are affordable, accurate, and most importantly, DISCREETLY delivered to your door. That means that if your mom or boyfriend or roommate happens to find your package from Stix before you do, they won’t have the slightest clue what’s inside! You could argue that Amazon shipments come in generic packages as well, but with shared Prime accounts and purchase histories, the discretion that Stix provides is much more air-tight. Plus in these COVID-19 times, we all need a reason to avoid the pharmacy.

Their instructions are easy to understand and Stix is designed BY women who, frankly, get it.

They also offer an affordable ovulation test that comes in packs of seven. Similar to their pregnancy tests, the technology Stix uses to measure ovulation isn’t revolutionary, but that’s okay because the FDA-approved, industry standard works 99% of the time  — so no need to reinvent the wheel.

For both tests — pregnancy and ovulation — Stix can help you save time and money with recurring subscriptions. Choose the delivery cadence (every 2, 4, 6, 8, 10 , or 12 weeks), and the number of tests you’d like to receive, and Stix will handle the rest.

They also produce some pretty great educational content, available through the Stix Library on their site, which I highly recommend you check out.

Stix Pricing: How much does a Stix pregnancy test cost vs traditional brands?

As you can see, purchasing a single pack of pregnancy tests from Stix is slightly more expensive than buying it from the store. But when you factor in time spent in transit (and the emotional toll of public shame or embarrassment), traditional brands are way more expensive. And if you order a recurring subscription (or use code FINVSFIN20 for 20% off), then pregnancy tests from Stix might start to feel like a real bargain.

There are many other pregnancy and ovulation tests on the online market. Labcorp OnDemand offers multiple hormone, thyroid, and fertility lab tests including their fertility package, which asses egg quantity and other factors that could affect your ability to conceive. They also have and a pregnancy test (hCG quantitative) that can confirm a pregnancy with greater accuracy than many home pregnancy tests.

Even among D2C competitors offering ovulation tests on-demand, Stix outshines with cheaper, more discreet, and just-as-reliable results as Natalist and Mira. Stix doesn’t yet offer an app to help you keep track of your hormone levels over time, however, so if that’s important, you may want to look into the more expensive options.

Stix Reviews: What are customers saying about Stix tests for pregnancy and ovulation?

Stix is a relatively young company, so reviews online can be hard to find. Here’s a selection from the Stix website that we think accurately summarize customer’s experience so far:

The Verdict: Should you get pregnancy and ovulation tests from Stix?

Ultimately we love Stix’ mission and approach to de-stigmatizing pregnancy products. They help women gain access to the tests they need without embarrassment or hassle, and their discreet packaging + subscription offering are really what set them apart. Intangibles like exceptional customer service and inspiring founders add bonus points to a necessary foundation of accurate results (99% of the time) at affordable prices.

At the end of the day, even if you’re completely comfortable flaunting a basket full of pregnancy tests at the grocery store checkout line, why not save yourself the trip? Stix is more convenient for ALL women, but an absolute lifesaver for those with irregular menstrual cycles and need to test regularly. Either way, we recommend you give Stix a try for yourself and the code FINVSFIN20 at checkout to save 20%.

When you do, add a comment below and let us know how it worked for you.

Ava vs Mira vs Ovusense

What are the Best Intimacy Apps?

Modern Fertility vs Everlywell vs LetsGetChecked

Dadi vs Legacy vs Fellow vs YoSperm

Ritual vs care/of vs Honest Co

LetsGetChecked vs MyLab Box vs Everlywell

Lola vs Cora vs Kali

Cora vs Rael vs Tampon Tribe 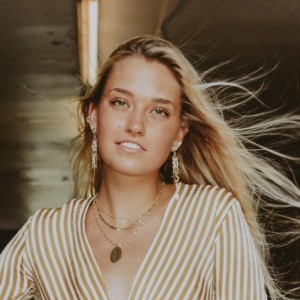