BIG NEWS: the leader in online glasses, Warby Parker, just launched a hip new contact lens brand called Scout. What’s different about Warby’s contact offering relative to other brands, and how’s does the quality of its lenses compare? As a daily contact aficionado myself,  I decided to adopt early and order them the first chance I got. We’ve reviewed a number of other modern contact brands such as Aveo, Hubble and Waldo, so I am particularly excited to see how Scout stacks up.

Follow along as we review Warby Parker’s new contact lenses,  give them a test drive, and find out how they compare to other top brands!

Wait, you can get contacts online?

Yes. We are two decades into the millennium and you can order almost anything online. Ordering contacts is almost as convenient as you’d hope, with one real exception: you still need a prescription. This you can only get in person from a real-life eye doctor, however, once that’s out of the way, the rest is a breeze.

So although imperfect, I’d argue that buying online is still way to go over the traditional route. You used to  have to visit your local optometrist for an exam, return to said doctor’s office at a later date to get your contacts fitted, and then order a full year’s supply based almost entirely on your doctor’s rec. Somehow that year supply never lasted a full year because lenses would either get lost or go unused. Maybe your significant other develops a new glasses fetish and insists that you wear specs…..anything is possible, but I digress 🙂 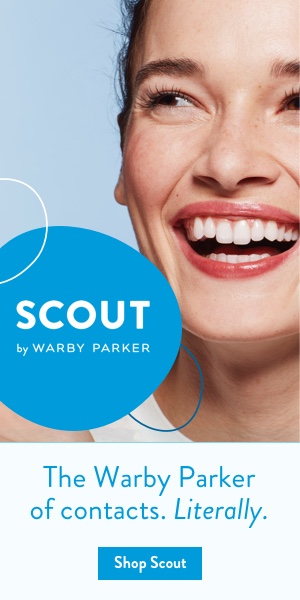 How to get Scout contacts by Warby Parker

The process is super simple, and unsurprisingly similar to how they sell glasses. Plus, there is a cheap $5 trial, so you can get started without going all in on a full year’s supply. To sign up, you just follow these three steps:

And voilà, that’s all there is to it.

You can also cut right to the chase and purchase a subscription, but the idea of the low cost trial is compelling, especially for such a new offering. Your vision is too important to compromise, so it’s important to test out any contacts to make sure they feel great before committing. Luckily, Scout makes it super easy to sample their lenses.

What’s so special about Scout contacts?

There’s a few innovative aspects about Scout lenses that definitely set them apart from the competition. The most obvious being the packaging, in addition to convenience and affordability.

Scout comes in a sleek, space-saving flat packs that look more like gum than a traditional carton of contacts. Not only are they easier to transport and store, but Scout also claims their innovative encasement is more hygienic, too. That’s because somehow they’ve modified the way the lens sits so that you get less gunk on it when you stick your finger in there.  It’s designed to always present your lens right side up, which reduces the likelihood of adding bacteria into your eye. Pretty neat, actually.

Last but not least, Scout’s flat packs use 80% less material than traditional packaging for contact lenses, which is a win from an environmental or sustainability perspective. That may seem like a #smallwin, but less waste is always nice, especially since you’ll use two of these every day if you’re anything like me!

Getting contacts from the same place you buy frames — not to mention conducting the whole transaction without ever leaving the comfort of your home — that’s convenience. Trying on lenses for 6 days for just $5, rather than committing to a whole year’s supply upfront? That’s also pretty convenient.

As an OG direct-to-consumer leader, Warby Parker understands better than anyone how much modern consumers love convenience. And from start to finish, it’s obvious they’ve made it a main focus when cooking up Scout as well.

Most contact lenses wearers blindly (ha, no pun-intended) accept their Optometrist’s recommendation and end up overpaying for lenses. Scout by Warby Parker strives to cut out the middle-man and empower you, the consumer, to get quality lenses direct from the supplier.

Lenses from Scout cost just $1.25/day which is quite affordable for dailies of a similar caliber. We’ll compare Scout’s pricing in much more detail below, but the bottom-line is that Scout prices are very competitive relative to other leading brands.

How do Warby Parker’s Scout contacts compare to modern competitors’ like Waldo and Hubble?

If you’re seriously considering getting your contacts online, you need to know how Scout lenses stack up against your current BOC (brand of choice) as well as other modern contact startups. The table below reviews and compares Scout to two other popular D2C contact lens brands that we’ve reviewed before. Find out what materials they use, the range of prescriptions covered, and more:

All the major online providers use materials approved by the FDA, so you are going to get tested products. Unfortunately, none of the vendors offer toric lenses for people with astigmatism – so if that’s you, you’re stuck going with a traditional brand. One important consideration is that the Warby Parker products have a limited power range, meaning that if you have eyes worse than +4.00D or -10.00D you need to go with a different vendor like one of the ones we outline above.

Ok, so let’s discuss what these babies cost!

Each company has a great free trial, which we recommend you try out. Get the lens, put them in, see how they feel and go with the one you like best!

What’s it like to receive contacts in the mail from Warby Parker?

The process is really simple. Your Scout free trial ships to your address just a few short days after ordering. Although I’m still waiting for mine to arrive, here’s a video I made when receiving contacts in the mail from Waldo. I’ll update this Scout review once I have the lenses in hand (or each eye!) so you can see what the packaging and experience is like.

So, should you try Warby Parker’s contacts?

The price is right, and so is the branding. Already a leader in online glasses, it totally makes sense for Warby Parker to get into the contact lens game on their quest to become the leader in vision care more broadly. At $5 to test, it also totally makes sense for you to try out their lenses so long as you don’t have astigmatism or any moral qualms with putting tiny bits of plastic in your eyes every day.

Scout’s user experience is fantastic, and the quality and price seem on par with other modern contact brands like Hubble and Waldo. Anything holding you back? Let us know in the comments or click below to get 6 days of Scout contacts to try for yourself! 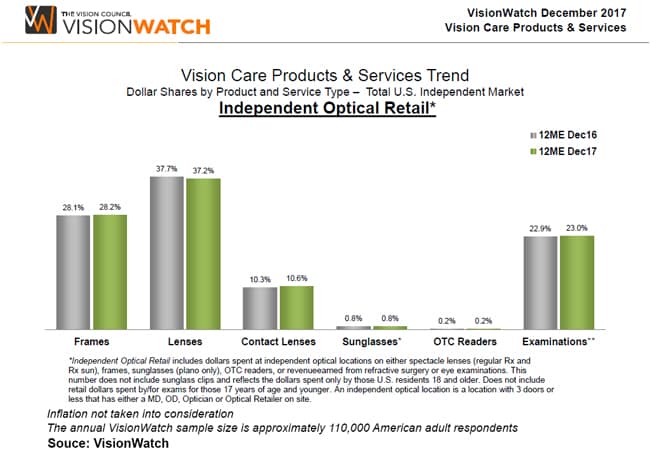 Last updated on May 11th, 2020 at 11:35 am The eyecare industry is huge – over $40 billion in the US alone. And startups have taken notice, with newcomers attacking…

Hubble vs Waldo: What’s the Best Contact Subscription for You?

Last updated on January 25th, 2021 at 07:12 am Home › Best Vision Care Brands › Hubble vs Waldo In this article, we’ll review contact subscriptions from Hubble and Waldo…

Last updated on January 25th, 2021 at 07:45 am Home › Best Vision Care Brands › Hubble vs Scout by Warby Parker vs Waldo Contact lenses are great, but let’s…