Let’s face it, anxiety and depression are common problems of the modern world – even more so right now. But traditional treatment options like seeing a mental health professional haven’t always been available, easy or covered by health insurance. Even if you find help near your home, you may feel pressured to “click” with your counselor – because starting from scratch and trying to find another therapist is such a major process. And to make it even worse, if you are depressed you know how hard it can be to motivate to deal with finding a therapist, scheduling therapy sessions in the middle of the week, dealing with insurance, etc.

Thankfully, there is now starting to be a real alternative. With the rise of telemedicine and the boom in direct-to-consumer (D2C) health offerings, we now have D2C mental health options that you can access directly through your computer or phone. Skip the in-person appointments and get direct access to mental health professionals and medication delivered to your door (no pharmacy visit needed).

Because most of these services prescribe generic medication, the cost is usually a lot lower than going through your insurance co-pay, but some of the services also make it easy to use your insurance or HSA / FSA. And if your counselor/therapist isn’t a good fit, you’re not limited by your geographical area—you can pick another one through the various sites available.

In this article, we’re reviewing Cerebral (GetCerebral.com), a site that offers both medication and online counseling for anxiety and depression. We’ll also compare Cerebral with other sites dedicated to mental health support and/or medication.

What is Cerebral, and how can they help with anxiety / depression?

Cerebral is a mental health startup that’s specifically focused on support for anxiety, depression and insomnia. Its offerings include online visits with a prescribing provider, care counseling and prescriptions for medication.

The way that Cerebral works is through a subscription model where you pay a flat rate per month for ongoing care. We’ll discuss the cost below, but you pay a lower introductory price and then a monthly subscription On an ongoing basis, you’ll have monthly meetings (and the option for unlimited messaging) with your care counselor, have a video call with your prescribing provider (for medication) and receive your medication which is conveniently shipped to your home if you’re prescribed.

This service is designed to overcome barriers to mental health treatment like fear of judgment and cost. It gives a convenient way for people to get the care they need over the internet at their convenience and through D2C Rx shipments with one flat rate.

Depending on your current experience, it can help you overcome things like in-person counseling visits, trips to the pharmacy or the avoidance of mental health care. The company notes that “we provide our clients with both evidence-based therapeutic techniques and medication management, as the combination of both types of care has been shown to have the greatest benefits.”

Details on Cerebral's Medication and Counseling

You may be prescribed medication as part of your treatment plan. The site says that it prescribes non-addictive, non-controlled medications such as SSRI and SNRI medications. The medication included in the subscription price is a generic version. You could opt for a brand name medication, but you would pay more than the cost of the subscription. Cerebral notes that if this type of treatment is not enough, its providers may refer you to in-person care for the use of a controlled substance.

The site says that some of its care counselors are licensed therapists but that not all of them are. It says they are all well-trained in therapeutic techniques. It’s unclear exactly what type of care you would be getting, but the site provides examples that include behavioral activation, motivational interviewing, meditation, mindfulness, breathing exercises and grounding exercises. It also mentions using evidence-based therapeutic techniques.

Are the anxiety medicines prescribed by Cerebral legit?

Mental health issues are pretty complicated, so not every treatment will work for each individual. That being said, SSRI and SNRI meds — the drugs Cerebral may prescribe — have been shown to help people in many clinical trials, and are widely prescribed. So, the medicines that Cerebral may offer you are legitimate depression and other mental health drugs, approved by the FDA.

According to the Mayo Clinic, SSRIs work by increasing the levels of serotonin in the brain. Serotonin is a neurotransmitter, and SSRIs are generally liked because they don’t act much on other neurotransmitters, meaning they are pretty specific in how they act on the brain. Common SSRI drugs include:

These are real medicines, with possible side effects that include some of the following (and probably others not listed here): Nausea and stomach issues, headache, drowsiness, dry mouth, insomnia, agitation, possible sexual issues, dizziness and more. So you’ll want to let your Cerebral prescribing physician know if you’ve had issues with any of these drugs, and which ones you’ve been prescribed in the past.

Another type of drug that Cerebral may prescribe are SRNIs. Again, there are many generic and brand-name, FDA approved anti depression SRNIs. These act by increasing the levels of serotonin and norepinephrine in your brain – again, two neurotransmitters. Some SRNIs may also be used to help treat anxiety. Here are some of the better known, FDA approved SRNIs (again, we don’t know which, if any, your Cerebral prescriber will suggest to help you):

Since these are legit drugs, there is the possibility of side effects. Some side effects include: nausea, dry mouth, dizziness, headache and sweating. Some patients have also had constipation, tiredness, reduced or challenges in sexual function. Again, be open and honest while working with Cerebral so that they can help you avoid medications that you’ve had problems with in the past, and can direct you to ones that are most likely to help.

How to get started with Cerebral

If you think the service may help you, start by clicking “Get Started” on the site. You’ll answer a short questionnaire about your mental health symptoms. Then, you have a video visit with your prescribing provider, who will assess you and come up with an Rx treatment plan if needed. After that, you meet a care counselor who provides you with ongoing mental health support. Then, you’ll follow a monthly care plan.

You have the option to get assessed first, and then if you qualify, decide if you want to go ahead and order anxiety treatment.

How much does anxiety treatment cost via Cerebral?

Cerebral introductory price is $45 for the first month, then it’s $99 per month after that. There is always the possibility that they’ll run further discounts — click here to see if they have one now.  The site FAQs mention that the service is meant for long-term treatment. After the introductory $45 per month price, you would pay $99 a month for the ongoing service.

It’s FSA/HSA eligible, so you could pay the subscription fee with those health funds. Otherwise, you may be able to use your health insurance plan depending on coverage. The service will not count as an in-network provider, but the company can provide an invoice for you to submit to your insurance company and see if you are reimbursed or it counts toward your deductible. So it shouldn’t be too hard to use your insurance or FSA/HSA to get mental health care from Cerebral.

How does Cerebral compare to a traditional Psychiatrist?

Cerebral isn’t meant for everybody, and some people will benefit more from other services. The company states that it’s only for people aged 18+ who live within states where the company operates. Currently, providers are only licensed for: California, Florida, Georgia, Illinois, Maryland, Michigan, New York, Ohio, Pennsylvania, and Texas, but they plan to expand rapidly. If you live in a different state or are under 18, you’d need to research other options or wait until Cerebral is live in your area.

Also, Cerebral mentions that their service is not designed for folks suffering from schizophrenia, suicidal ideation or substance abuse, or for those who are pregnant or nursing. If you fall into one of these groups but still feel like you need mental health support, you may want to seek a traditional psychiatrist.

It’s also not intended for people in a crisis, who should instead call 911, a suicide prevention line or another immediate help line like 211. There are a few other situations that Cerebral  isn’t set up to handle as well. For example, you might have certain preferences that don’t entirely fit the Cerebral model. Maybe you want counseling without medication, or the prescribing provider doesn’t recommend medication for you. In that case, you’d still be paying the full subscription price for Cerebral without using all of its features. Or maybe you’re looking for a licensed therapist or a specific type of therapy, such as cognitive behavioral therapy.

Check out the following chart to see how Cerebral stacks up to traditional, in-person  psychiatry:

Buying Rx anxiety meds online from Cerebral: How much does it cost?

The Verdict: Is Cerebral a legit platform for anxiety and depression treatment?

We love Cerebral’s mission of making mental health help easier to access. Depression and anxiety — these conditions are not your fault, and you deserve an affordable chance to feel better.

BUT, if you are experiencing suicidal thoughts, call 911 or another emergency help line right away. Don’t mess around; get immediate assistance. The number for the National Suicide Prevention hotline is 1-800-273-8255.

Cerebral is an ideal platform for anyone dealing with anxiety, depression or insomnia without any idea where to turn for help. Since you don’t have to worry about finding an available in-network provider, and the price is so affordable relative to traditional in-person psychiatry, it’s a simple way to take the first step to try to feel more like yourself. If that’s you, check them out and give them a shot for just $12/week.

If you give it a shot, let us know about your experience in the comments!

Forward vs One Medical vs Parsley: What’s the Best Primary Care Membership?

Ahead vs Done: Which Online ADHD Treatment is Best? 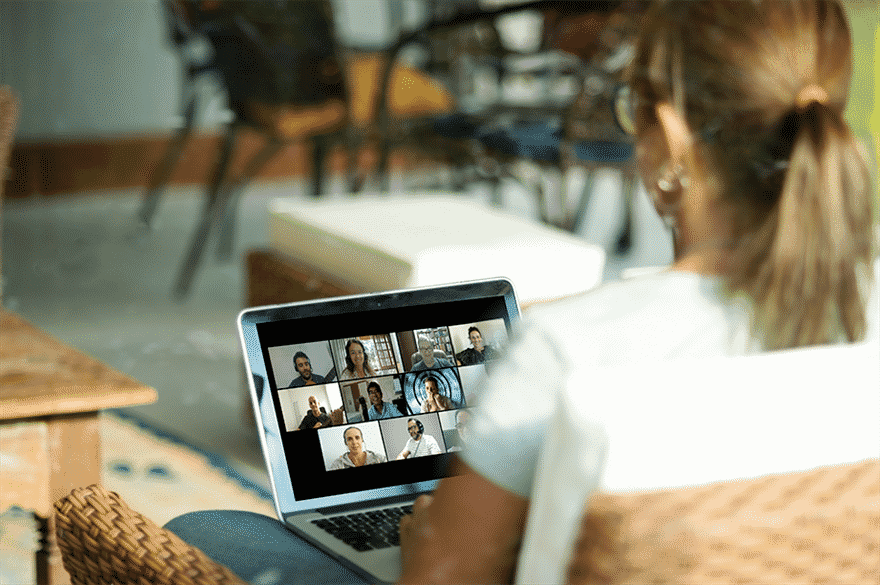 Jessica is a lifelong student who believes in the power of stories. She recently received a masters in nutrition and has worked as a content marketer at several fast-growing consumer wellness brands. When she's not writing, you can find Jessica exploring her new surroundings in Chicago or plowing through a book at her local coffee shop.