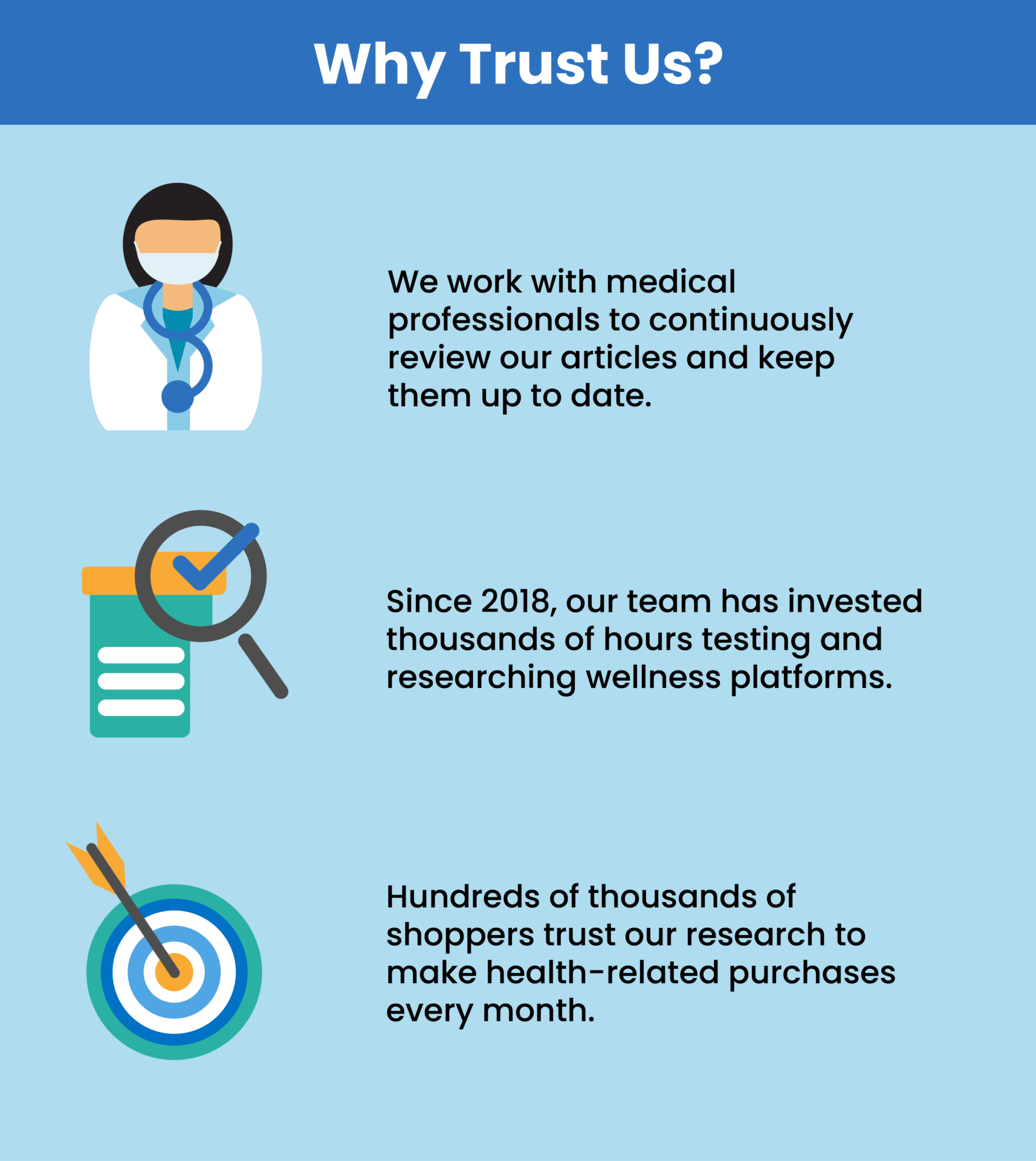 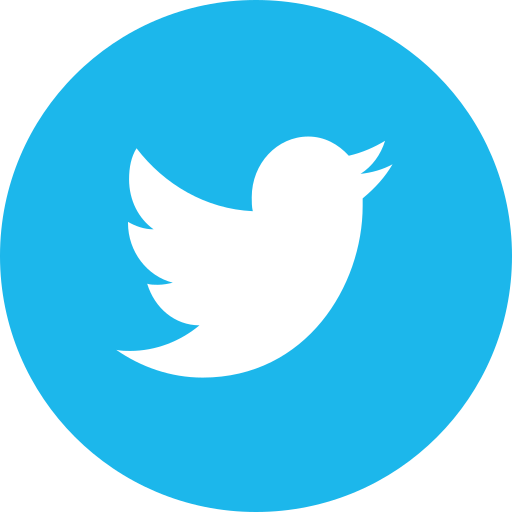 Does Rogaine Work on Eyebrows?

The hair loss medicine Rogaine (the drug topical Minoxidil) is FDA approved to treat specific types of common hair loss, androgenetic alopecia. While it has not been FDA approved to regrow or thicken eyebrows, some placebo controlled clinical studies suggest that Minoxidil and Rogaine can work on eyebrows. The drug can cause birth defects – so women who are pregnant or who may become pregnant need to talk to a doctor before using it. He/she will perform a pregnancy test to confirm the absence of pregnancy. The medicine is available over the counter, which means it can be purchased without a prescription. However, if you believe that your eyebrow hair loss or thinness may be due to an underlying medical condition, it makes sense to consult a dermatologist or your primary care physician.

What does science say about Rogaine and eyebrows?

While there are hundreds of clinical trials and studies showing that Rogaine/topical Minoxidil are safe and effective treating baldness on patients’ scalps, there are only a few, smaller studies, that look at the medicine’s effectiveness on eyebrows. These studies do show compelling results, but again, there are only a few of them. (If you want to find a summary of some of the best studies looking at the drug’s effectiveness treating androgenetic alopecia, read our comparison of two popular brands, Rogaine vs Hims.)

Let’s take a look at two of the best studies looking at the medicine on eyebrows.

The first was published in the Journal of Dermatology. 40 study subjects used topical Minoxidil on one of their eyebrows, and a placebo on the other. (Side note: a placebo is a fake medicine that looks identical to the real drug, so that the patients can’t know which is the real one and which is the fake – this way, the doctors running the study can compare the medicine vs. no treatment without the study subjects inadvertently influencing the study’s results. Also, who would enroll in a study that would make one side of their face look different than the other – remind me to never do that!)

Results of the study were rather  impressive. After 16 weeks, side with the drug showed “significantly better results in all measured outcomes compared to the placebo group.” They team conducting the research did a nice job thinking through how to compare the two treatments, comparing eyebrow diameter, eyebrow count (so hair count), photographs and the subject’s satisfaction. The side effects were minor, and the researchers concluded that topical Minoxidil was safe and effective.

Another study compared a slightly weaker concentration of the topical medicine (1% instead of 2% in the prior study) and showed that the drug worked over the 16 week trial period. And the authors evaluated patient satisfaction, hair count and more. And they also published some before and after photos, which we’ll show below.

So a reasonable conclusion is that there is some pretty clear data showing that Rogaine can work on eyebrows with minimal to minor side effects for most, otherwise healthy, people.

Before and after photos of minoxidil treatment on eyebrows

From the study we mentioned above, you can see that the treated eyebrows have much thicker and more density – the photos at the top are the ones after the treatment: 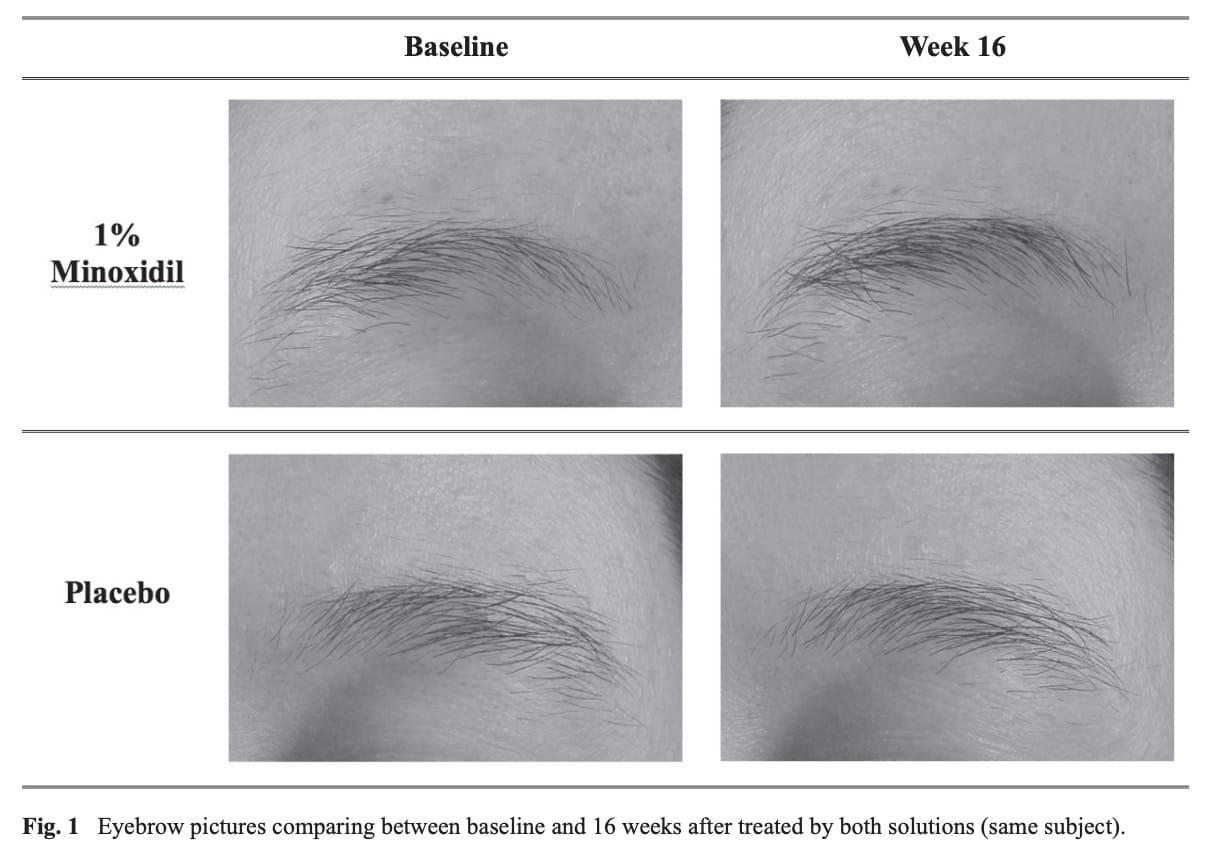 Another set of photos of before and after; the photo on the left is the after:

Side effects of minoxidil on eyebrows

This is a real medicine, and like real medicines there are possible side effects. As we mentioned earlier, women who are pregnant or who will become pregnant should talk to a doctor before using the drug as it can cause birth defects. Women who are breastfeeding should also consult with a physician.

The side effects for the top of the head to treat baldness are pretty well understood, since there have been so many clinical studies – and they are usually quite minor. Since the use of Rogaine on eyebrows has not been studied as well, the data on possible side effects isn’t as robust. If you are worried about side effects you should consult with a dermatologist. The most common side effects listed in the studies above were itching or burning. Typical side effects, when used to treat baldness, were: minor skin irritation, dandruff, redness, acne, hair growth (duh!), and dizziness. We list these out in our comparison of Rogaine vs Keeps, an online provider of the medicine.

How does minoxidil work to reduce hair loss?

As studied as Rogaine is, the exact mechanism isn’t fully understood. However, doctors and researchers think that it basically increases blood flow in the area, resulting in the hair follicles getting more nutrients, and thus becoming healthier – producing thicker hair and bringing dormant follicles back. You can read a lot more about how doctors think it works on our comparison of Hims, Roman and Keeps (the leading online providers of hair loss medicines). How to use Rogaine on your eyebrows

Before you begin, remember that 1) Rogaine is going to try to grow hair wherever it touches and 2) you want to keep it out of your eyes. Also, you want it to dry in place and don’t want to wash it away for several hours.

To apply Rogaine or topical Minoxidil to your eyebrows:

Personal anecdote: How has Rogaine worked on our eyebrows?

We really don’t think that one person’s opinion or experience should influence if you use a medicine – however, we are often asked for our personal experience. My mother has been using topical Minoxidil effectively for treating her Alopecia areata, which is a relatively common type of eyebrow hair loss. She’s seen hair regrowth, thicker eyebrows and hasn’t had any side effects. And I have been using Minoxidil, in conjunction with another FDA approved hair loss medicine, Finasteride, to treat the hair on my head with great success for the past few years. Again, we really don’t think this should influence your decision to go with a particular treatment, but enough readers have asked!

Where should you get topical minoxidil for your eyebrows?

While we love some of the online hair loss medicine providers like Keeps, Roman and Hims, we don’t know if that’s the ideal way for someone to purchase Minoxidil to treat their eyebrows. Since you need such a small amount to treat your eyebrows you probably don’t need a monthly subscription. Instead, we’d suggest you go to Costco and get the Kirkland brand, or just walk into your local pharmacy and get their generic version of Rogaine.

What other drugs might you consider to increase the thickness of your eyebrows?

Rogaine isn’t the only drug that can help improve the hair density and thickness in your eyebrows. Latisse is another FDA approved medicine that you can get online through providers like Rory and HelloAlpha. Topical Finasteride, the oral version of which is FDA approved for combatting baldness, is another option; you may be able to ask the online doctors at Happy Head about it. If the thinning is caused by inflammation, a dermatologist might also prescribe a steroid treatment.

Home › Hair Loss › iRestore Laser vs Minoxidil and Finasteride Reviews Hair loss can be traumatic, especially in cases where thinning happens suddenly, such