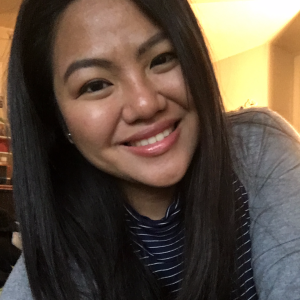 Thinx vs Modibodi vs Speax: A Review of the Best New Period Panties for Women

Getting your period is not fun. Cramping, bloating, craving, and well, messiness – it’s a tough time of the month. Thankfully, plenty of new startups like Thinx, Modibodi and Speax are focused on creating products that women can use for their monthly friend. While we may have all heard of organic tampons and gummy vitamins for PMS, there is a new category of innovation using surprisingly sophisticated technology: period-proof panties.

The concept of period panties has always existed—just not quite in the way that these new ones do. Traditionally, they’ve been the rattiest pair of granny panties you’ve owned for a decade that you don’t mind “ruining” with leaks and such. (It goes without saying that this is probably your least sexy pair.)

With this in mind, Thinx, Modibodi, and Speax are here to change your idea of period underwear, and show you new products that will blow your pants (ok, maybe tampons, pads, and menstrual cups) off.

What are period panties, and who needs them?

Period panties are underwear that you use during your menstrual period. They are made with special fabrics that absorb discharge and draw them away from your body, yet lock the moisture in the fabric itself. They’re leak-resistant, but also breathable. So that’s basically magic, right? Actually, it’s science!

These fabric features have been around for some time now as a development of the technology of disposable diapers. However, it took a lot of trial and error to get them in the right combinations and blends to make them the reusable products that they are today.

For the most part, women use period panties to spare their nicer knickers from potential mess. These new products achieve that and much more. Depending on how heavy your flow is, Thinx, ModiBodi, and Speax all eliminate the need for tampons, pads, and menstrual cups — allowing you to skip an entire step in your Shark Week routine and just jump right into undies. Wearing these reusable panties also reduces your environmental footprint since you’re not consuming menstrual products on a monthly basis.

Conversely, some girls use them as a back-up protection on top of traditional feminine products. You know those days when your flow is just relentless, and you need to wear white. They’d also be more comfortable overall since it’ll feel just like wearing any other pair of undies in your drawer. Lastly, free bleeding is very much a thing, and period panties can help you dip a toe into that movement.

Here’s a look at the top three period underwear brands

Thinx is one of the biggest names in the period panty space. Going back to 2014, they’ve been trying to break the taboo around menstrual products by making their underwear sleek, cute, and modern, which is a total departure from what period undies are usually thought to be.

Their Classic underwear can usually handle up to 2 regular tampons’ worth of fluid (10mL), and can go up to 4 tampons’ (20mL) worth with their Super products. They also sell a line made with organic cotton and an ultra-thin line called Thinx air.

Thinx keeps women fresh and dry by using a patented design that has four layers of fabric, each layer with a specific purpose — moisture-wicking, odor-controlling, leak-resistant, and a last layer to hold it all together. This technology is in both their underwear and activewear, which is really handy since staying active is one of the biggest concerns when women are on their rag.

Lastly, Thinx applies non-migratory silver that controls odors and the spread of bacteria, making sure that its users stay fresh throughout the day.

From the Land Down Under comes Modibodi. Bothered by the lack of innovation in women’s period products and underwear, founder Kristy Chong came up with the idea shortly after she gave birth and experienced bladder leak issues.

She started developing the product in late 2013 and took a couple of years to create her patented product. Today, it’s used not only in underwear, but also Modibodi’s activewear, shapewear, swim wear, and maternity underwear.

Between the three companies, they offer the widest range of sizes from 3XS to 6XL, and absorbency from moisture wicking to heavy overnight (capacities of 10 to 20mL as well).

Like Thinx, Modibodi uses multi-layer fabric technologies called Modifier and Modifier Air Technology™ for their wares, with two to three layers depending on what absorbency the item is designed for. They also use fibers like bamboo, merino, nylon, and microfiber in different parts of their products. Modibodi offers more shopping options by having seam-free, vegan, and curvy lines, catering to people with specific needs and preferences.

Modibodi also has mostly compostable packaging, which is pretty awesome.

Last on the list is Speax (recently acquired and rebranded from its previous name Icon), which is technically marketed as pee-proof undies rather than period panties, because its sister company Thinx already takes care of the latter.

Since they’re made by the same parent firm, Speax utilizes the same fabric technology as Thinx. In fact, panties from both Speax and Thinx are very comparable, with the exception of absorbency.

Speax vs Thinx: what’s the difference?

Even though they are both the same company now, a big difference of Speax vs Thinx is that Speax can absorb double the amount, up to 8 teaspoons of fluid which is about 40mL. This is probably due to urine flowing at a faster rate and in more volume than menstrual fluid, which makes the Speax capacity more ideal for that purpose. It’s hard to say if Speax and Thinx are actually interchangeable though—their FAQs just refer them to each other when that question comes up.

Like most modern companies, all three engage in their communities through corporate responsibility programs. Both Thinx and Speax are manufactured in a family-run facility in Sri Lanka that observes ethical and sustainable product development.

They also participate in the GiveRise program where they advocate for puberty education, support gender equity and inclusivity movements, and donate underwear to girls in underserved communities.

Similarly, Modibodi also has a “Give A Pair” program, where customers can purchase a voucher that provides two pairs of underwear to women in need across Australia. They also participate in the Sustainable Period Project, which educates schools and health professionals about biodegradable and reusable sanitary options to encourage their use over conventional disposables. Additionally, they work with an off-shore supplier that complies with Oeko-Tex fair work standards and wages.

Here’s a table to help you quickly compare these three prominent period panty offerings, Modibodi, Speax and Thinx, once and for all:

What are women saying about Thinx, Modibodi, and Speax?

When it comes to “unmentionables,” you best believe women are going to scrutinize everything – especially when it comes to helping out at that time of the month. Since each person will have their own views on MobiBodi, Speax and Thinx, we complied some reviews from women who have used period panties, and what they think:

This user puts money on you loving Thinx.

The true testament to a woman loving a product? She buys it again and again!

Like the founder of ModiBodi, this user has found a gem for her postpartum days:

For this woman, ModiBodi is the Best. Underwear. Ever.

Not too many females will admit that there’s too many bladder leak triggers from doing everyday things. This reviewer says Speax/Icon covered it all for her.

Speax will save you from your post-workout crotch sweats, and other things too!

Speaking of DTC brands, we have a newsletter that covers all the latest offerings. Subscribe below to stay in the loop and get exclusive discounts!

The Verdict: Which period panties are better, Speax, Thinx or Modibodi?

Since the price points of the three brands are pretty similar, it really comes down to what features in the product you’re looking for. Here are our recommendations, tailored to your particular needs:

Best for overall accident protection: Speax. If you’re only looking for something for pee accidents and sweat mark protection from hot days and tough workouts, give Speax a try.

Best for various sized women: Modibodi. If your size it tricker to shop for, then Modibodi might have the right item for you in their vast inventory. They have panties in sizes from 2 XS to 16 XL! The team at Modibodi really have done a great job creating a range of period panties for women of all sizes, from small to full figured.

Best for women with allergies or dietary needs: Modibodi. Modibodi even has a line of vegan products, so if you are trying to eliminate allergens or animal products from your life, they are the best.

Best if you are undecided: Thinx. If you’re still on the fence about period panties at all, Thinx would be a good option because of its 60 day guarantee and free returns. They give you the peace of mind to try it out and see if period panties are comfortable and work for your body and lifestyle.

Technology is finally helping women better enjoy being women. Period panties are here to help women take their mind off lady business, and take care of actual business. Let us know if you try Speax or one of these other products in the comments below! Another period panty brand you might want to consider is Ruby Love, which we’ve review here.

Last updated on February 22nd, 2021 at 07:46 am Home › Wellness Reviews › Livia Period Pain Relief Device Oh no. A sudden stomach cramp. “Is it that time of…

Last updated on February 19th, 2021 at 06:12 pm Home › Wellness Reviews › Best Tretinoin Prescription Online If you have acne or slight signs of aging on your skin,…

Last updated on January 13th, 2021 at 05:22 pm Home › Wellness Reviews › Hers Hair Review In this article, we’ll review the hair loss subscription service from Hers, a…

Ovira vs Livia vs Monthli vs Ova+: What’s the Best Device for Period Pain Relief?

Last updated on February 23rd, 2021 at 07:35 am Home › Best Telemedicine Brands › Ovira vs Livia vs Monthli vs Ova+ The American Academy of Family Physicians has found…

Skims vs Spanx vs Honeylove: What’s the Best Shapewear Brand?

Anne is a veteran shoe-dog stepping into the tech world. She enjoys working in consumer marketing to understand what makes people tick and ideas click. She does most of her reading on the internet, and most of her listening to audio books.